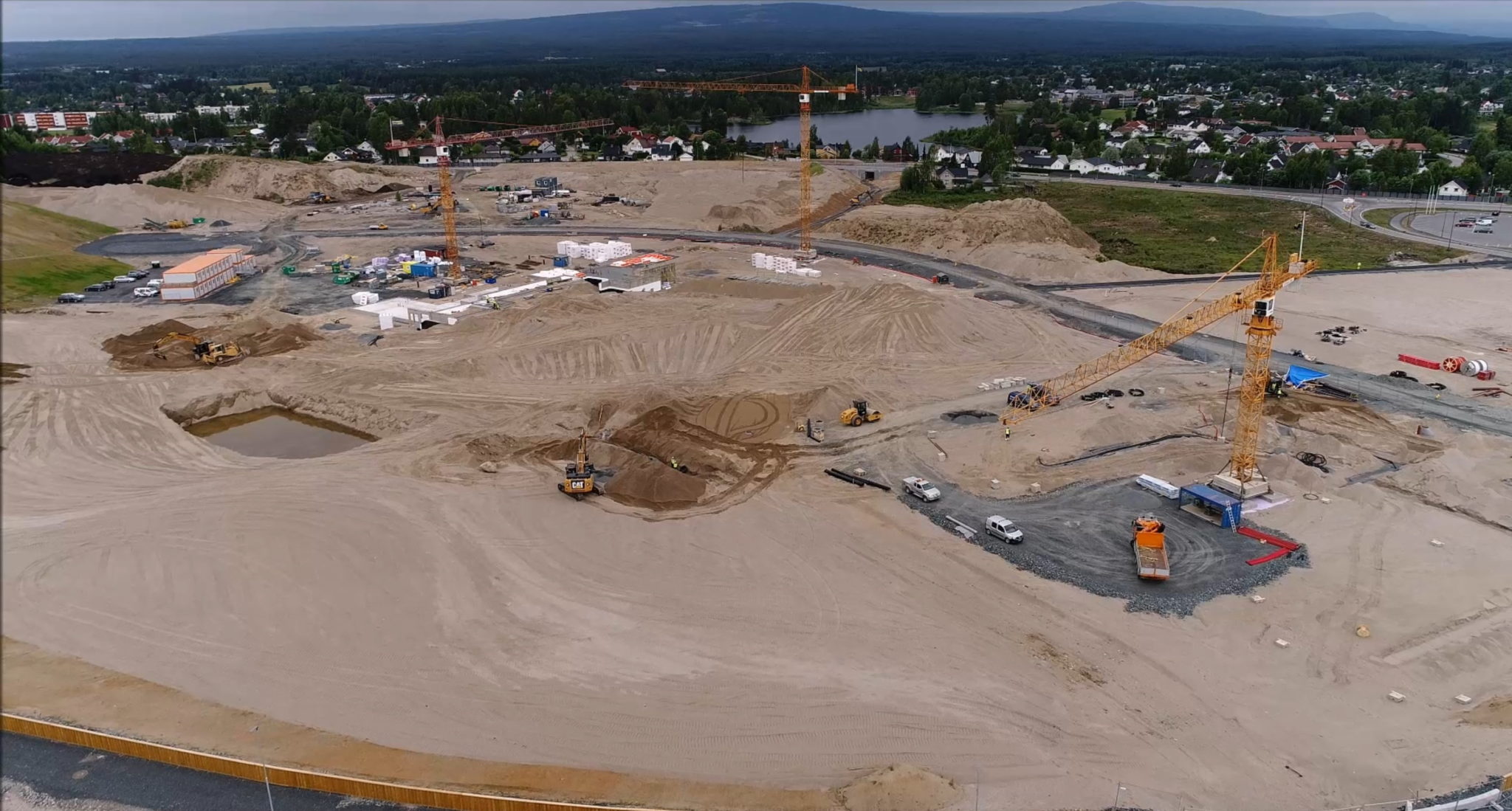 Case: Ydalir – City of the Future in Elverum, Norway

Ydalir is the new district of Elverum that is now under construction, and will be on the east side of Highway 25 in the direction of Trysil, only 1 to 2 km from Leiret (Elverum center). The new district is thus urban and natural at the same time. Ydalir will have a new school, new kindergarten, and around 700 housing units. During the entire development period, investments amount to around 3 to 4 billion.

Initial situation and the plan

Knut Erik Nesset, head of surveying from a company Gjermundshaug Anlegg(GA) tells about the intial situation of the project:

“Our initial situation was the startup of a project which was to build a new part of the city of Elverum.

Our tasks in this project was to build all types of infrastructure, such as pipelines for water wastewater and so on, and also pipelines for district heating, electric power and telephone/fiber cable, roads, and walkways among with terrain adjustment and road lighting.

Among with the infrastructure we also have the ground and terrain work for a school and kindergarten, app. 60.000m3 that had to be moved around in the nearby area to make the area fit the plans from the architects.

The need for infrakit was that we wanted to test a platform, that could visualize all models that were prepared for machine control to the site managers, the foreman, and the project leader.

We also wanted to test out the mass haul application to trace where the mass got transported, among with using it to display measured points to everyone in Gjermundshaug that is involved in the project.

We also use infrakit as platform to show and save quality control reports to the same people. In infrakit the pdf files generated by Smartdok gets marked out in the map in the project where it belongs.” 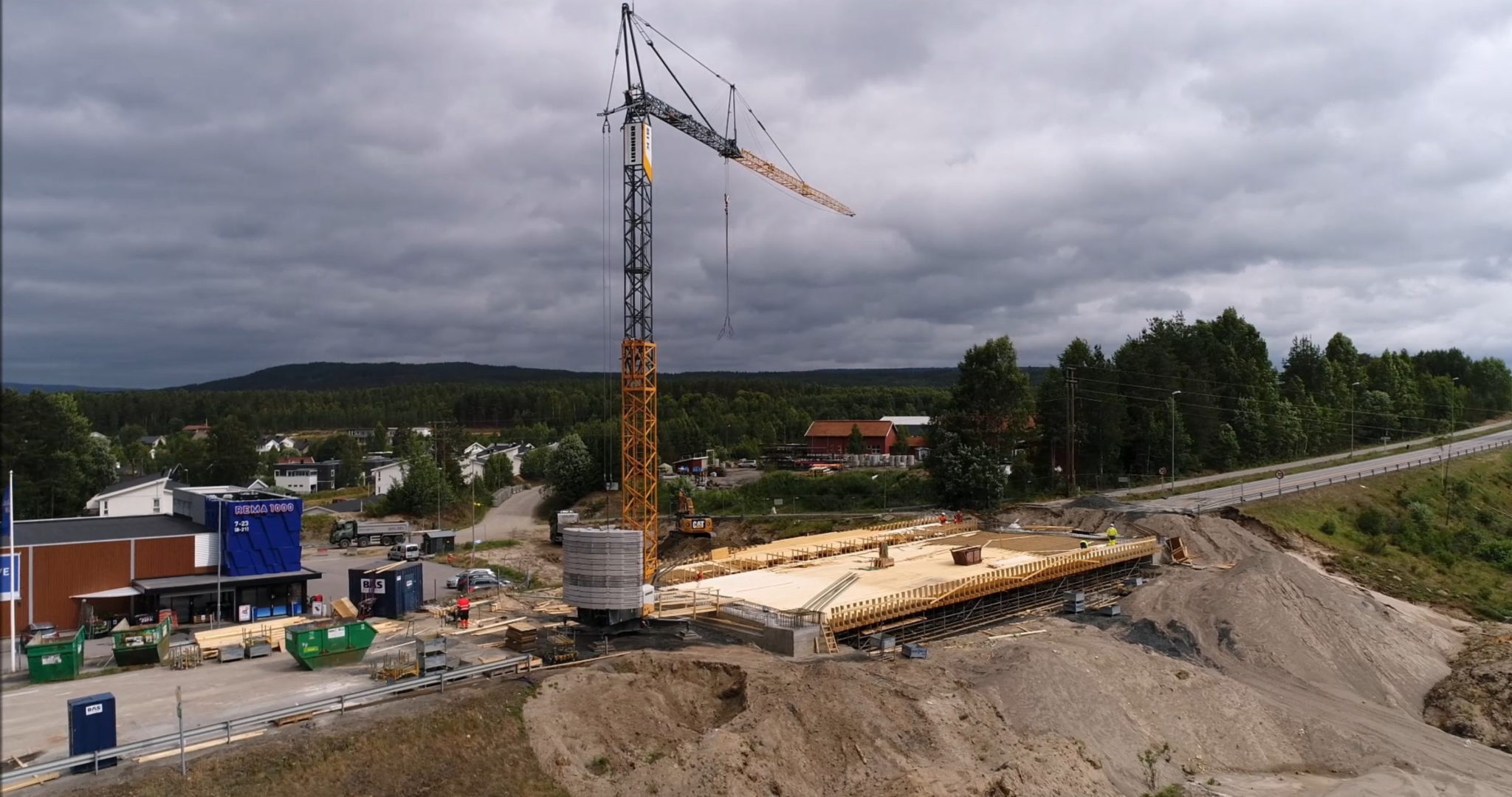 Solution and the benefits of Infrakit

“Infrakit became a part of this solution after several demonstrations by Anders Tiltnes from Infrakit, and we saw that this was a platform that would fit these kind of project well. We have after this, implemented infrakit to a couple of road projects we have, with success. 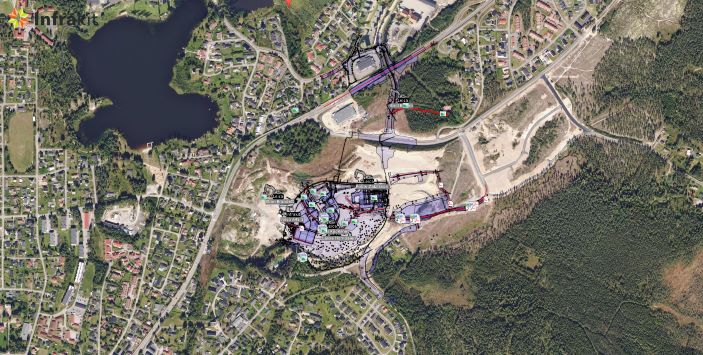 ”We would recommend infrakit as a part of the solution, when going in to these kinds of project. You get a good platform to exchange data with machine control, and a platform to visualize where you have gotten the quality reports”, says Knut Erik Neset. Watch a video of the project.