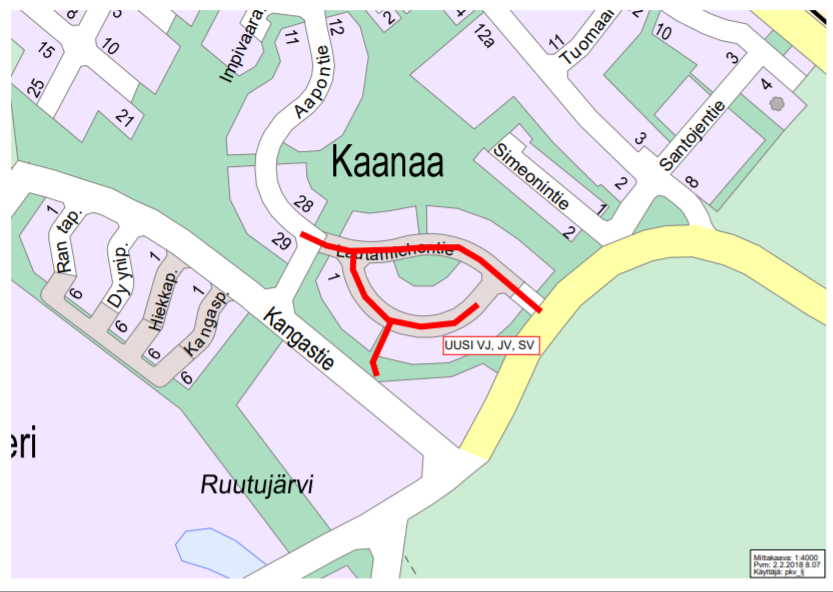 Pilot project of the city of Pori

Our sales engineer, Jero Juujärvi, discusses a pilot project carried out in the city of Pori:

The city of Pori has long had on its agenda the digitalization of their infrastructure projects. The goal has been to start implementing machine control as quickly as possible, as well as modernizing project documentation and making the entire infrastructure construction process more efficient.

We discussed the matter with the chief of the city surveying department Olli-Pekka Ihalainen and decided to carry out a pilot project for a new construction site on the Lautamiehentie street. In addition to Infrakit, a Novatron machine control excavator was used in the project. Water supply and street planning were also required to make BIM designs.

The goal of the project was to better understand what BIM-based construction can offer and see how the city of Pori could make use of it in its future projects.

Infrakit was used to monitor project progress, for documentation, and for taking location-based pictures at the site. The responsibilities and tasks of the surveyors changed as the machine-controlled excavator recorded the as-built data for them, so time was saved for quality control.

However, every project has its challenges. Probably the greatest challenge was caused by the last-minute decision to include Infrakit in the project, which put a lot of pressure on the planners. Making the BIM designs required quite a bit of studying. The plans were still being reviewed and improved a month after the construction started.

Even though the city’s infrastructure team was overloaded with work and many projects were being worked on simultaneously, we were all happy with the result.

For example, we were able to collect information regarding pipe slopes, masses and water pipe ends that were built underground. The collected as-built data will be utilized in the future projects of the site.

When we had completed the project, we discussed the benefits of using Infrakit and calculated the amount of time saved.

We made a rough estimate of the benefits, for which we reviewed the saved amount of time with each project participant. We compared these hours to the cost distribution and the total investments of the year.

Unfortunately, the city of Pori would save only 207 510 € a year, equal to 3.46 % of money saved. Of course, the savings of Infrakit were 11.5 times the costs, but we could’ve reached a much better result had we reviewed the project better at the start and prepared better for the construction.

Getting the hang of new things is always challenging and ideal results turn out to be impossible to reach. Usually I’ve seen +5 % savings in pilot projects and after improving the processes the savings have been up to 20 %.

“I personally would’ve liked machine control to have a greater role in the pilot, but we weren’t able to get a sufficient amount of machine-controlled equipment for the project. Hence in the future, the work machine equipment is something to take into account in tendering. The foremen were particularly happy about being able to bring the designs to the site even on mobile devices. Infrakit made documentation easier as well.” says Olli-Pekka Ihalainen.

The plan is to use Infrakit for managing a project starting in the fall of 2019.

Would you recommend Infrakit for other organizations?

‘I recommend everyone working in infrastructure construction to try and familiarize themselves with Infrakit. I’d say that the service works for all projects with a budget starting from 20 000 €. It will make quality control more efficient and improve monitoring, which will have a positive impact on maintenance,’ says Olli-Pekka Ihalainen.