PRESS RELEASE: Infrakit subsidiaries founded in Norway and the Netherlands 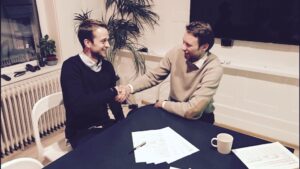 Infrakit users have access to up-to-date project progress information throughout all construction phases, which reduces mistakes and delays considerably.

In Finland, the biggest infra-construction companies and more than a dozen municipalities are using Infrakit on their projects around the country. The company has had various pilot projects and reselling contracts in the Netherlands and Sweden for a couple of years. Norwegian sales were launched in 2016.

In January of 2017 Infrakit founded subsidiaries in the Netherlands and Norway to advance local sales and enable active customer service and support.

The company says to significantly invest in their global reselling network in 2017. In addition to the existing Finnish, Swedish and Dutch resellers they now have an official reseller also in Japan.

Global negotiations are under construction with many other companies in the field of infrastructure and surveying.