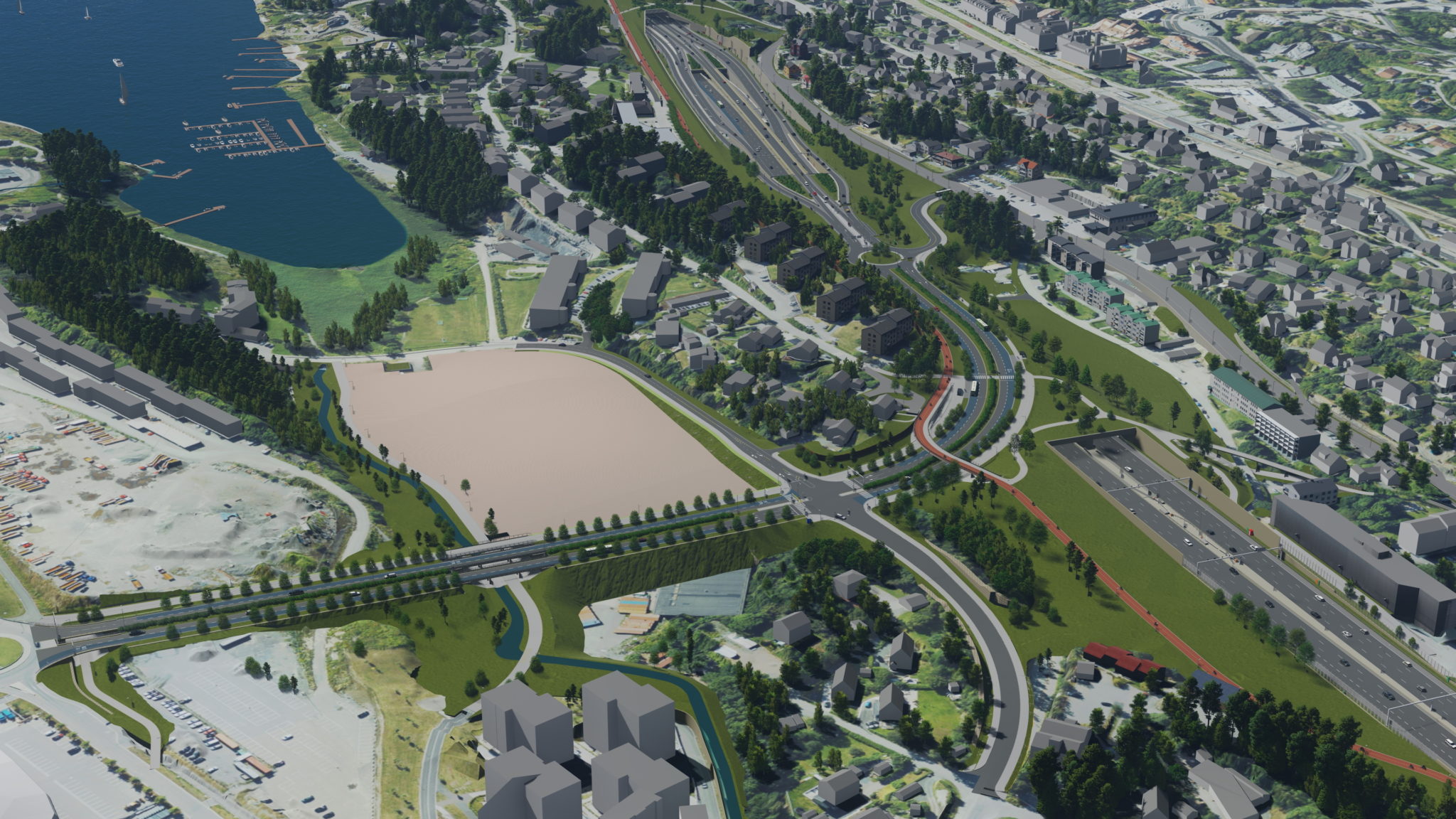 The Norwegian Public Roads Administration (Statens vegvesen) creates smart and coherent transport systems throughout Norway and is responsible for taking care of national and European roads in the country. This administrative body takes on three different roles – as a client, government agency, and professional body – to maintain the road transport system in Norway.

Today, the Norwegian Public Roads Administration is in the process of building the new E18 Vestkorridoren (western corridor), and the administrative body is responsible for both planning and construction. The project is part of Oslo Package 3 (Oslopakke 3) and is included in the national transport plan for 2018–2029.

Infrakit has been used in the project. And in that connection, we had a chat with Marius Fidje Hope, a BIM coordinator responsible for the E18 Vestkorridoren. Since he is responsible for Infrakit, we wanted to hear about his experience with the platform.

The E18 Vestkorridoren is a large project with two stages; E18 Lysaker – Ramstadsletta and E18 Ramstadsletta – Nesbru. The old road needs an upgrade as it is a very busy stretch that is affected by noise and air pollution, queues and poor accessibility for public transport.

The new E18 will be a functional road that facilitates the city’s development, meaning that more people can travel by public transport, bicycle, or on foot. The first stage of the project has already begun and is planned to be completed in 2028. The Norwegian Public Roads Administration is also in the process of preparing a zoning plan for the E18 Ramstadsletta – Nesbru, which is projected to be completed in 2023.

The use of Infrakit in the project

Marius says that Anders made contact during an industry day for the E18 Vestkorridoren. This was how Infrakit was chosen to be used during the project.

“The Norwegian Public Roads Administration understood that Infrakit was well suited for the desired use, namely image handling,” says Marius. “Infrakit was bought because of its good image handling, which is simple and intuitive to use. It’s easy to upload, find, sort, and, in retrospect, take pictures.”

Today, Marius is in full swing, teaching the project workers how to use Infrakit on mobile and tablets. He has also made a simple guide for those who use the solution. In addition, Anders is available to help if needed. Now, more and more people are starting to use Infrakit in the project, and Marius reveals that about 980 photos have been taken so far.

The management of the Norwegian Public Roads Administration wants employees to be forward-looking and use new technology to get better results.

“It can still be challenging to get everyone on board, and then it is important not to set the bar too high,” says Marius. “One must take into account that mistakes happen, but people must also dare to use it and dare to make mistakes. Perhaps the biggest challenge so far is to demystify the technology so that people are not afraid to use it. “

Marius concludes by saying that the desire to use digital solutions, such as Infrakit, has to do with both will and interest, and not age. The willingness to try something new can be as strong or stronger in a 65-year-old as a 35-year-old.