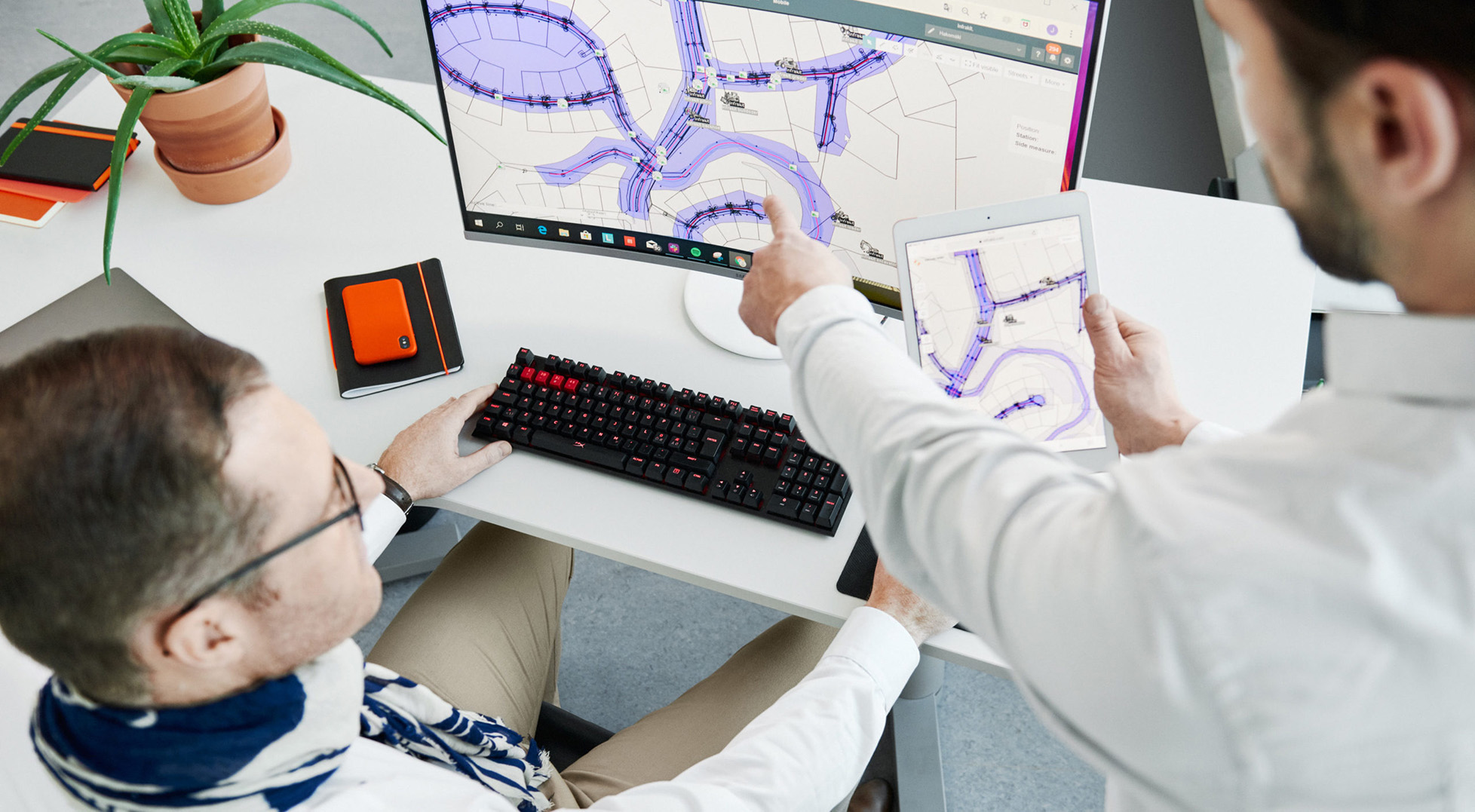 Roald Madsen AS is a versatile machine contractor company established in 1974. Since that time, the company has grown; as of today, it has over 90 employees who have high competence and experience in the industry. Roald Madsen AS operates throughout northern Norway and has customers nationally, locally, and municipally. Some of the company’s ongoing projects include the work at TLT – Tromsø Airport Terminal, Evenes School, and Bodø Smart Hotel.

Roald Madsen AS is headquartered in Tromsø and offers a number of services, including excavation, mass relocation, and VA. The company also has a subsidiary, Tromsø Bergsprenging, which enables Roald Madsen AS to offer drilling, blasting, and safety work services.

It has been about a year since Roald Madsen AS started using Infrakit for its numerous projects. With this in mind, we wanted to hear about how Infrakit has been beneficial in the various projects. We had a chat with Espen Bergø, a surveying engineer in the company whose tasks involve laying out and downloading machine control data.

Before and after using Infrakit

Espen says that his working days looked different before they used Infrakit. At the time, they used several services, and the data was stored locally. It was also more difficult and cumbersome to obtain a total overview of available files and data on what was measured; thus, a lot of time was spent double-checking work and carrying out quality assurances.

“Now that things are uploaded to the cloud, it means better control and time savings,” Espen says.
“With Infrakit, we have much better control over what is uploaded. It’s very simple, and even without logging, it saves a lot of time. “

Specific functions used in the projects

“The digitalisation of the industry will be a standard in the future,” says Espen. He goes on to say that it is both the high documentation requirements and the desire to become more efficient as a company that forms the basis for choosing a digital solution. With Infrakit, the quality assurance of digital data becomes easier because everything ends up in the cloud solution.

“A cloud solution like Infrakit is a way to work more efficiently and accurately,” says Espen. He points out that quality assurance (which Infrakit offers) is the most important function at the moment due to the company’s many ongoing projects.

“When you upload the quality assurance, it is in the right position in relation to others. We have a lot of different projects, so it’s quite easy to keep track of it, and you have more control. The machines and machine control systems work on measurement, so it’s very nice to be able to bring them up again and check. “

In addition, the collaboration with Anders comes in handy. Espen points out that you often get quick answers if, for example, a supplier or machine operator is late in updating.

“Then you get an answer as to why and that they will fix it today, so it is very useful.”

Espen says that Infrakit is very easy to use after a quick introduction, but he also sees challenges with digital tools. There may be a lack of technical knowledge, and people fear that it is too complicated.

“In that regard, it has been a journey. But when people first get to use Infrakit, it is quick to implement Infrakit in the organization. “

Although Roald Madsen AS started using Infrakit primarily to have all the machine control data in one place, Espen has also seen an increase in the use of the tool by employees who work outside.

“Now the employees have started to take Infrakit out in the ditches, where they use it to see plan data in the map image and floor plans that have been uploaded in Infrakit. This means that they easily have the right plans for the work to be performed. “

Espen concludes by saying that he sees exciting opportunities ahead. He also suggests that when the industry becomes fully digital, the flow of machine control data will be more streamlined, and the use of Infrakit will be even easier.