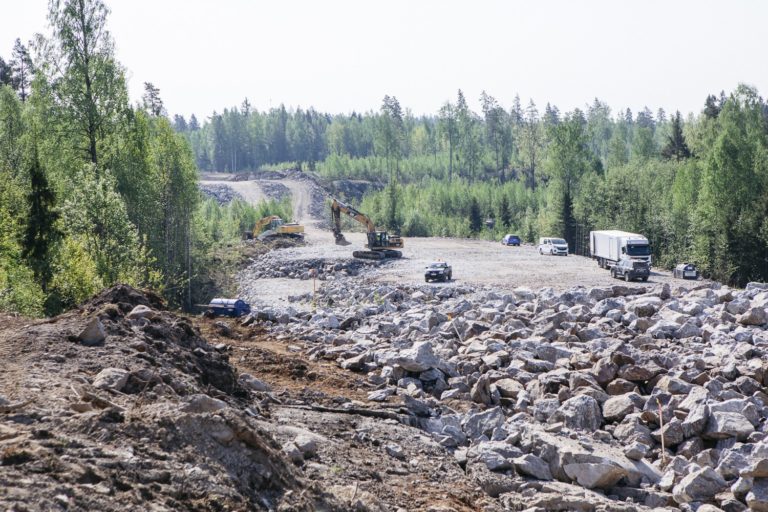 The construction of the Klaukkala bypass was started in February 2019 and the road is planned to be completed in autumn 2021. The new bypass is intended to ease the congestion of Klaukkala and to increase traffic safety, as traffic volumes in the area are increasing. The new 7.5 km bypass includes, for example, 5 bridges. The Klaukkala bypass is being built with a so called Plan and implement model (STk-urakka) that includes a longer development phase. 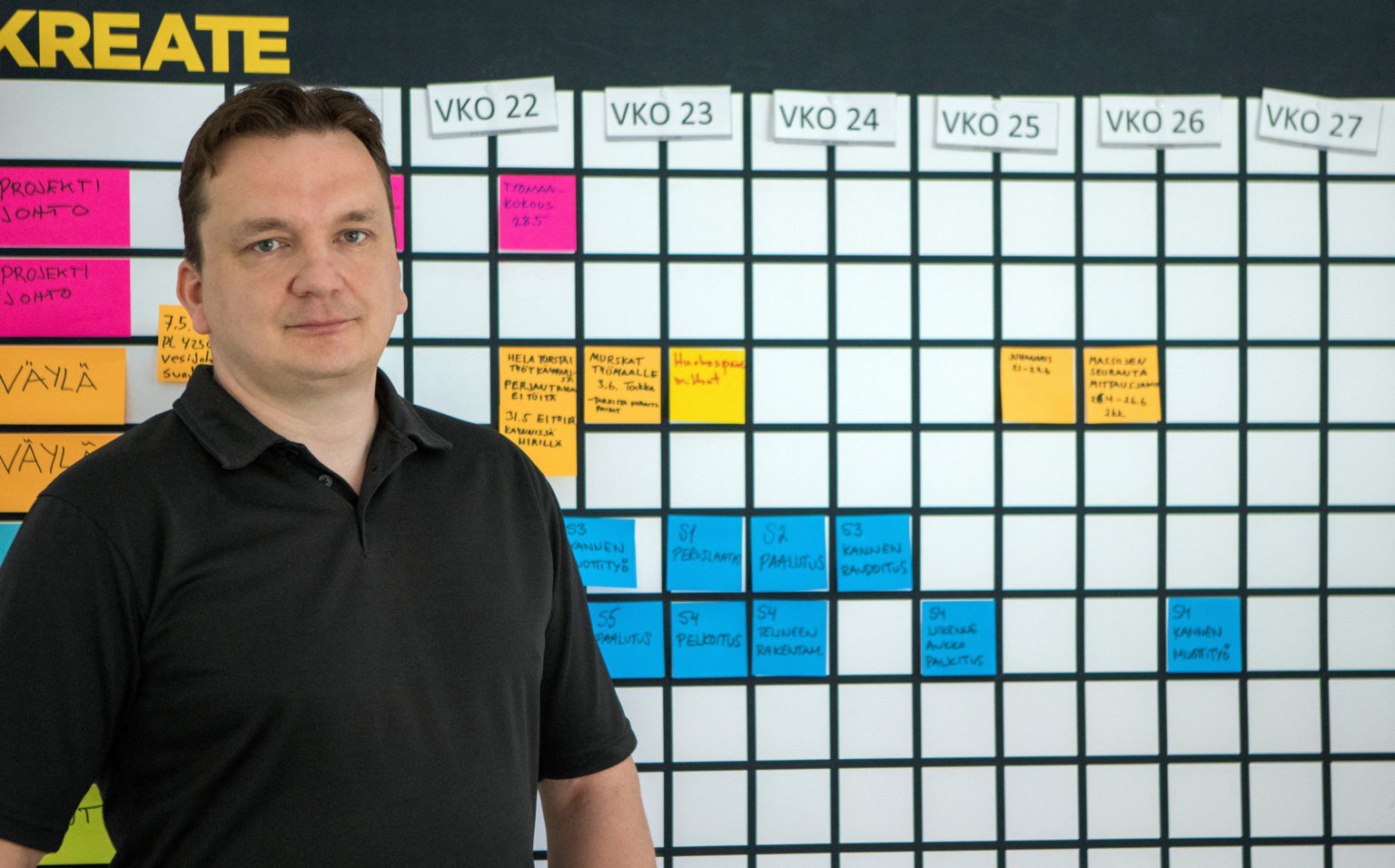 Project Manager Sami Laakso from Kreate says:
“We are building a Klaukkala bypass into a new forest corridor that will pass north of Klaukkala city center. We got a contract at the beginning of September 2018, after which we had a 3 month development phase and the implementation agreement was made just before Christmas. Construction began in early February. ”

Use of Infrakit in the project

Infrakit was already in use at the planning stage through consulting company Finnmap Infra.
“At Finnmap Infrakit is a tool that has been widely used in design. Klaukkala bypass is a so called Plan and Implement (STk-urakka) contract, so Infrakit could be combined with both the design and construction phase, ”says Lauri Harjula, Project Manager at Finnmap Infra.

“Infrakit is used as a project bank in the project – all plans and real-time quality assignments are handled through Infrakit. This is important for the subscriber of the project, who wants quality recognition to take place immediately during the work and not with the traditional way of delay. Without Infrakit, quality designation would not only be delayed, it would also require more work: quality reports and their storage in a project bank. Now there is no need for it, but all quality measurements and as-built measurements are displayed in real time when the points are taken.

At the same time, quality data can be combined with the location, ie material certificates, drums, etc. are documented. It is possible to look at what quality measurements can be found in each case, ”says Sami Laakso. 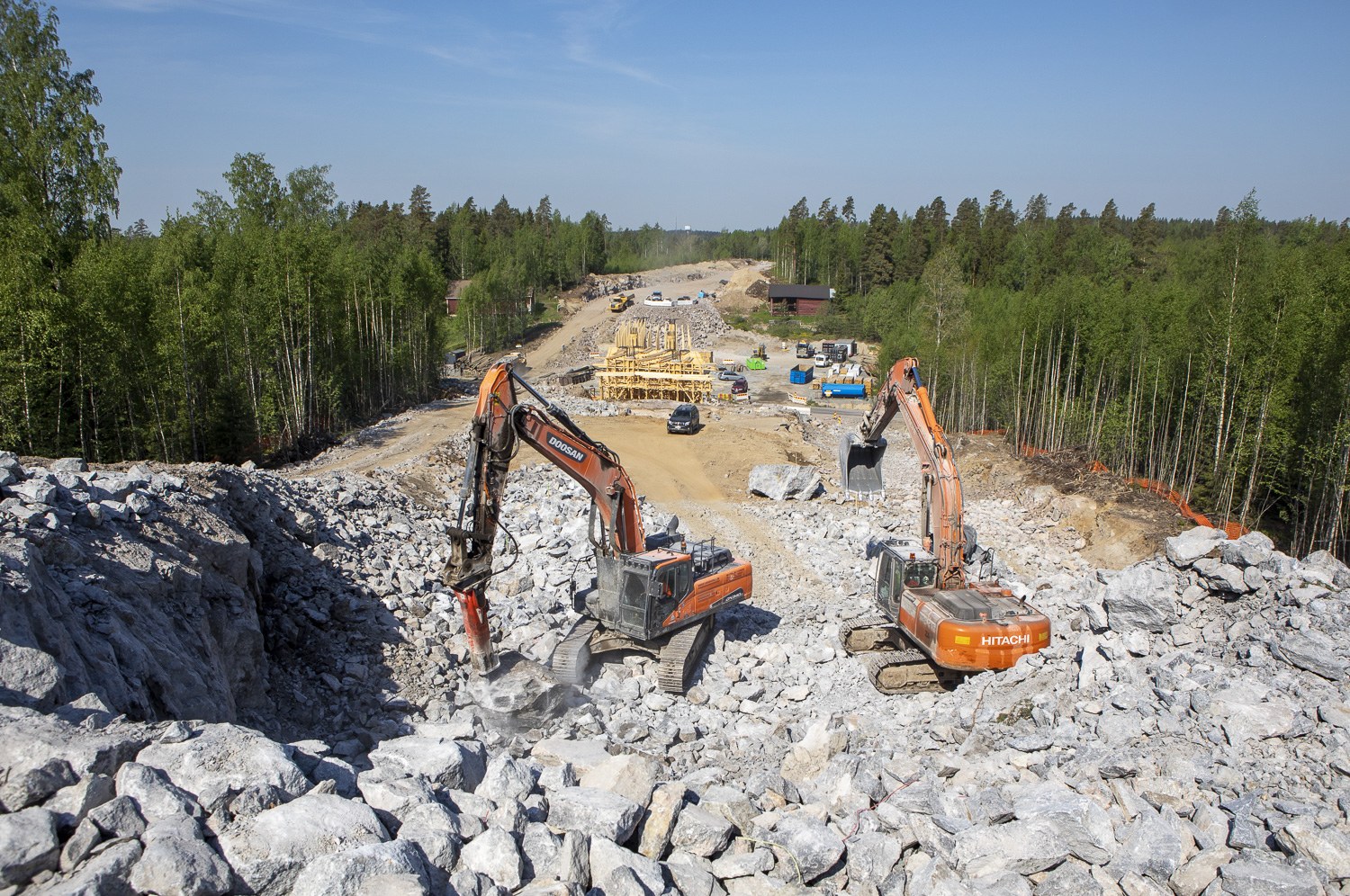 “The Klaukkala bypass is a completely model-based project where design and implementation are based on a data model – this is the requirement of the subscriber – so Infrakit is a good tool for the management. The work management is able to explore the implementations in the field and monitor the operation of the machines and take the actual points and take photos. ”

“The problem is that without an Infrakit-type system at the site, the site management would not be able to see the model – the measuring sticks are no longer in use if design and implementation are model-based. Without Infrakit, the project would be followed by other programs, mainly in the office, because the programs may not work in the terrain and should print 2D work images to the workstation to see where the work management is going. The risk of error increases if the management is not fully aware of what is happening. 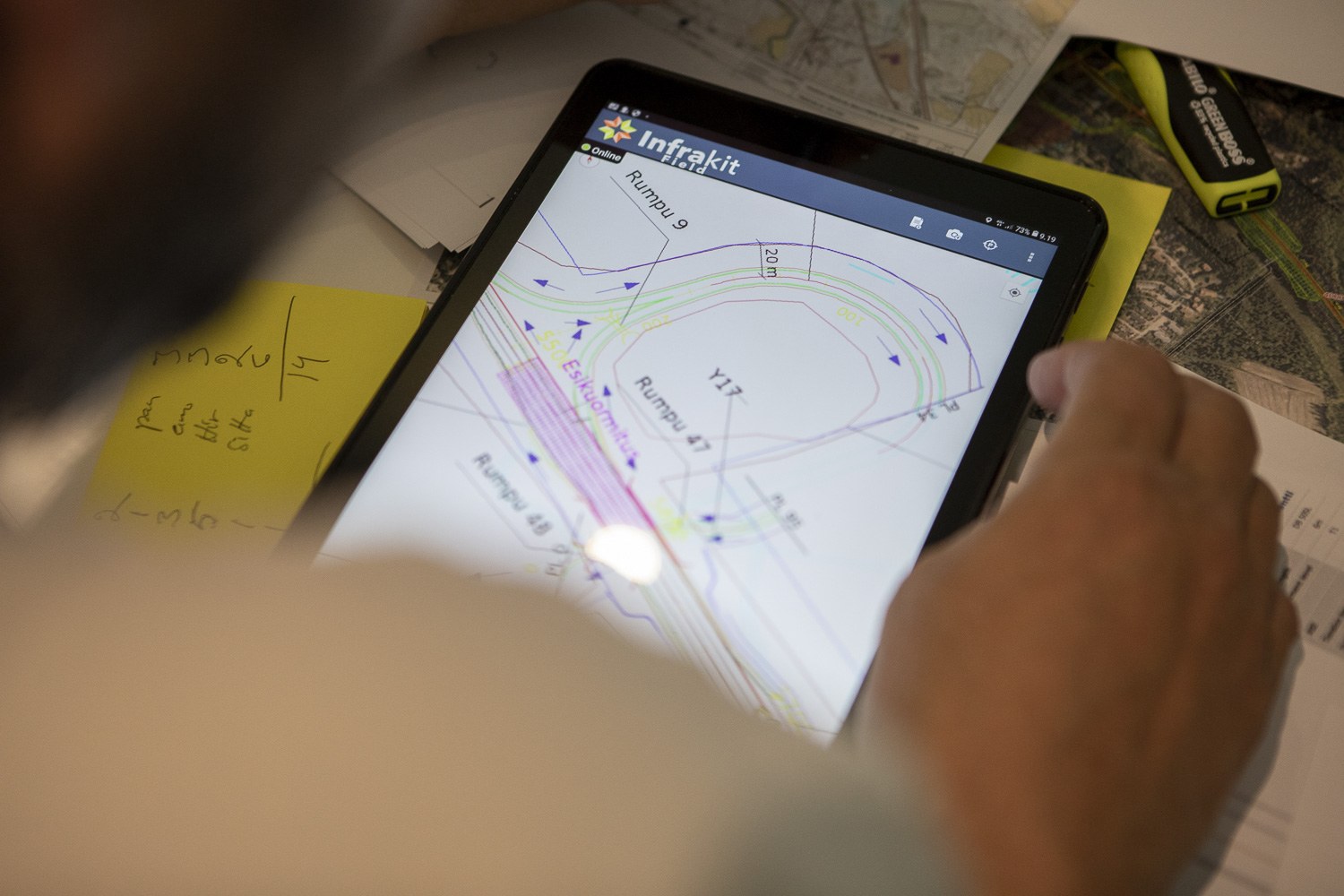 Infrakit in use (photo: Ossi Gustafsson)

Would you recommend Infrakit for others with similar projects?

“I recommend using Infrakit for road projects, it collects the information well and the information is easily accessible. I feel that Infrakit has been of great benefit to the project, ”says Sami Laakso from Kreate.