Risa was founded in 1948 at Nærbø and is one of Norway’s largest construction contractors. With over 550 employees, the privately-owned company focuses on HSE, customers, quality, and competence.

Risa works on a number of projects within the construction, operation, and maintenance industries, and the company takes on projects throughout the country.

Among other things, Risa has worked on several major energy projects such as wind farms, transport projects, and operation and maintenance contracts. The company has been actively using Infrakit as a tool for four years now, so we were interested in hearing about how our tool has been helpful to their processes and projects. In this context, we spoke with the BIM coordinator in Risa, Ellen Størkersen, and project manager, Jarle Vatne.

Jarle, who now works on a large transport project in Sandnes, was involved from the beginning with Infrakit. He says that Risa opened their eyes to the platform during InfraBIM in Finland four years ago. They had seen how Infrakit was used, and from there, it was not long before they contacted Anders, who helped them with the implementation.

We have used Infrakit since then, primarily on machine control and to send machine control data to the machines […] Gradually over the last two years, we have used it a lot in the bidding process – we enter the bidding basis, take a tablet with Infrakit out into the field, and take pictures and orientate us on-site, so it has been a great success.

Today, the company is in a phase where they want to use Infrakit more, and it is desirable to get projected data out in the field via tablets. Ellen says that they are already well underway and that Infrakit is often out in the field.

Jarle says that it has become much easier after using Infrakit.

“Infrakit provides a good overview of the models used in the machines. You can see where the machines are, and you can easily retrieve data, the biggest difference between before and now is that the process is now more visual; you have a better overview, and it is easier to orientate yourself,” says Jarle.

Ellen says that it is easy to follow those who are out in the field. One of the advantages is that you can see if the correct data is used at the correct time. Then you can even use Infrakit on your mobile phone to make sure you work with the latest files.

When we talk about saved costs and lead time, Jarle says there are good reasons to believe that the costs will be less because the quality will be better.

“When quality improves, there are fewer sources of error and margins of error, and errors are easy to spot,” says Ellen.

The biggest benefits of Infrakit

Risa has used many of the different functions in Infrakit, but there are a few things Ellen and Jarle want to brag about a little extra. Jarle points out that the advantage of Infrakit is that it is web-based and easy to handle. In contrast, Ellen brags about how handy it is to see where you are in relation to the model in the field and that georeferenced images are a big plus:

You do not have to jump into a machine or bring out GPS. Instead, you can use your mobile phone and get an overview of where you are and what is to be built. It is a very straightforward solution to have on a site. And photography, for example, is georeferenced.

Jarle and Ellen conclude by saying that they are very happy with Infrakit. It is useful for everyone in a project to use the app, not only for those at work but also for chairmen and others in the project. It is also easy to get help and follow-up from Anders, and we look forward to getting better 3D visualization. 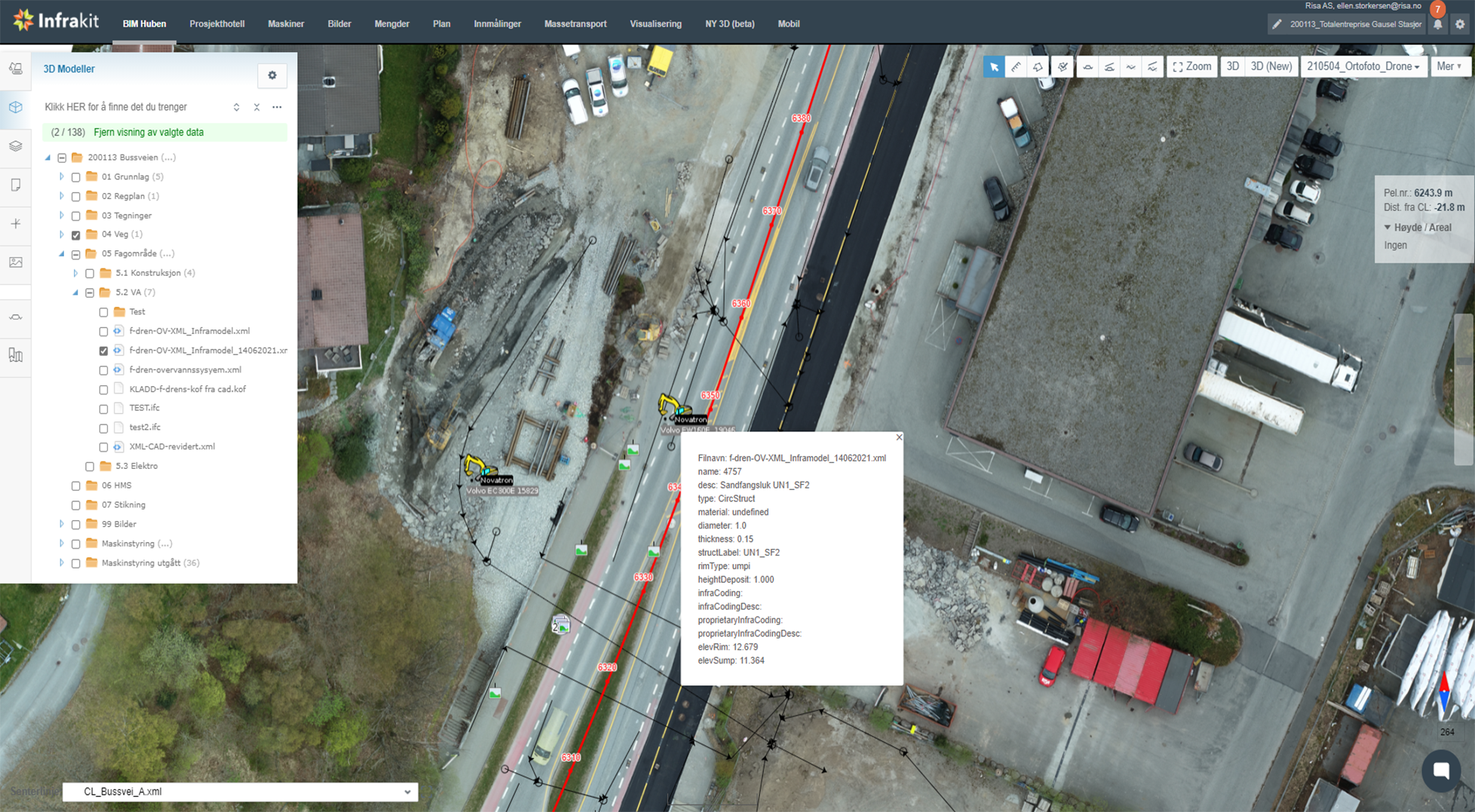